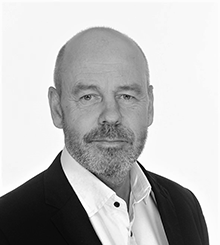 Dave Myers, TMC’s Global Head of Fire Scientific Services, is a Science graduate with a Master’s degree in Fire Investigation from Anglia Ruskin University, Cambridge and 28 years’ fire investigation experience. He joined TMC Marine Consultants Ltd in April 2020 having previously been Head of Fire Response and Investigation for another global marine consultancy.

Dave has worked on many large-scale investigations in a variety of land and marine environments, often also coordinating a multi-agency response in an advisory or command and control capacity. He has worked almost exclusively on maritime incidents for the past six years. Dave has provided advice, training and support for Fire, Police and Government Departments across Europe.

Dave has worked on many investigations involving civil claims and criminal prosecutions, he has experience of giving evidence as an expert witness in Arbitration, Coroners and Crown Courts.