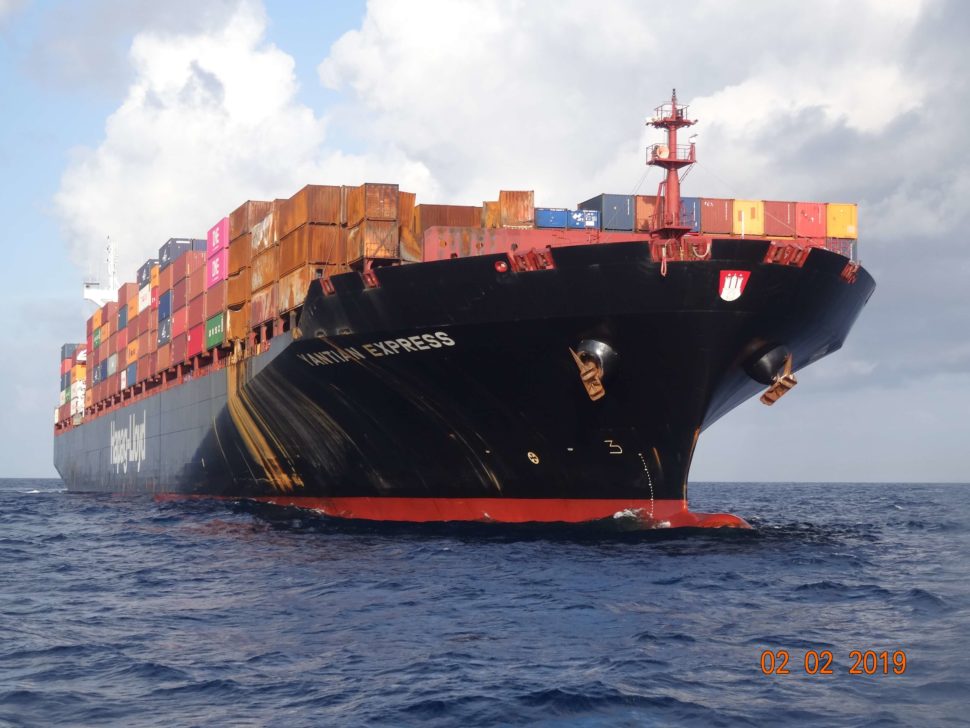 On 3rd January 2019, whilst the 7506 TEU YANTIAN EXPRESS was sailing in the North Atlantic on passage from Colombo to Halifax and thereafter to a number of US East Coast ports, fire broke out in one container stowed on the deck and spread to additional containers. The crew were unable to extinguish the fire and salvage operations were initiated under a Lloyds Open Form Contract. The above circumstances gave rise to General Average.

TMC has been appointed to act as General Average Surveyors. Our specialist cargo surveyors attended on board the casualty at the designated port of refuge and they are assisting all the parties involved in the subject maritime adventure accordingly.